Okay, finally Roger Penrose took his share from Royal Swedish Academy at the age of 89. Roger Penrose was widely known for his studies on Mathematical physics, his association with Stephen hawking can be known very well in the Movie “Theory of everything”, Hawking was studying the work of Roger Penrose, which proved that if Einstein’s General theory of relativity is correct, at the heart of every black hole there must be a point where space and time themselves break down and form a singularity. Yes, these below guys put that effort into understanding the depth of Blackhole. But cannot discard that Stephen Hawking’s Hawking radiation had a potential topic of Nobel award for many years.
Roger Penrose with Stephen Hawking

Coming to today’s prize, Einstein took birth again, he lives forever, in his contributions which laid a strong foundation to Modern Physics. his theory once again refreshed and relevant for now too, Einstein did not himself believe that black holes really exist, yes Einstein’s cosmological constant was a failure, his own Nobel award
on 1921 was not for Relativity in General or special it was for Photoelectric effect, But The Eddington experiment was an observational test of General Relativity, organised by the British astronomers Frank Watson Dyson and Arthur Stanley Eddington in 1919, these proved experimentally the General theory of relativity.
In January 1965, Roger Penrose proved that black holes really can form and described them in detail; at their heart, black holes hide a singularity in which all the known laws of nature cease.
A Penrose diagram of a star that collapses into a black hole. Time runs upwards and light rays are inclined at 45 degrees. 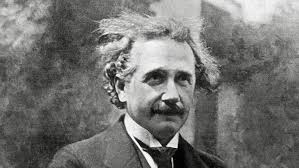 On 13 January 1916, less than two months after Einstein completed his theory of general relativity on 18 November 1915, and less than four months before his own death, the German astronomer Karl Schwarzschild published a solution to Einstein’s field equations, describing the curved space-time around a spherically symmetric, non-rotating, mass (Schwarzschild 1916). His metric takes the form

Of Course I need some time to appreciate the Equation above, but surely understand the complexity of it. This year’s Nobel award is a complex mathematical work, people like Einstein, Hawking and Roger Penrose, our own Indian relativist, physicist C. V. Vishveshwara had the capabilities and interest to work in these fields. It was a teamwork in finding the first picture of the Balckholes, but Legacy of Einstein’ relativity, (GR) was Individual work which inspired many physicists, one among is Penrose.. Roger Penrose’s scientific and philosophical ideas about consciousness, philosophy, his many books will get boosted now. 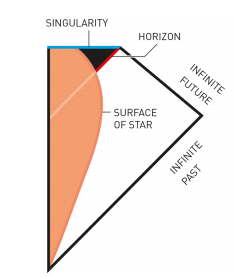 “His groundbreaking article is still regarded as the most important contribution to the general theory of relativity since Einstein.” Says, The Royal Swedish Academy of Sciences 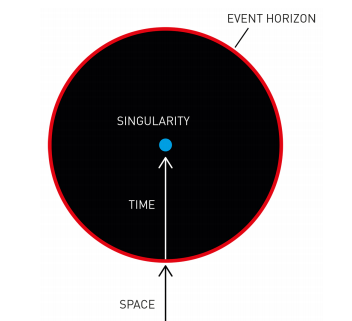 Reinhard Genzel German astrophysicist and Andrea Ghez American astronomer (Prof at UCLA) discovered that an invisible and extremely heavy object governs the orbits of stars at the center of our galaxy. Wow-what a great thing to Astrophysics geeks, thanks to all those Astronomers spent time in looking at those tiny stars and massive galaxies look like stardust, decades-long investigation of these Blackholes here in the center of our own galaxy, gathering evidence to convict it of being a supermassive black hole made Reinhard Genzel and Andrea Ghez be laureates of 2020.

Another Women Physicist after Marie Curie in 1903,
Maria Goeppert-Mayer (1963), and Donna Strickland (2018): Happy about it
“The future of compact object physics and our quest to understand black holes is picking up pace, and hopefully there will be more Nobel prizes on this topic in the years ahead. I’m extremely happy about the call by the Nobel committees.

An Mechanical Engineer, Physics enthusiast, Music Geek, Writer (Freelancer) I mostly spend my time in Writing physics stuffs and also reading them. I sometimes teach students. I like Music and it’s blend between Physics. I’m passionately curious about universe a cosmological horizon, which makes me to dig my head and twist my brain. Isnt' it ? this universe is so fascinating. I read books a lot. I loved to gift them too. When it comes to inspiration for Poetry and writing it’s Kalidasa ( Poet, writer) and when it comes to Science it’s Einstein, whom I call my guru ( A virtual guru) . Leonardo da Vinci is for all things which I do from painting to scientific ventures. and Swami sivananda and my guru mathaji are my guides to this life. A Spirituality - this is one serious thing I learnt in my life and learning, which transformed me from a less curious to more awaken towards the goal of life. This was gift from my mathaji (Guru) a saint from Mumbai lived in Bangalore lord’s grace ashram, but she is no more, lives in our thoughts. Now my Journey is at peak So this is me Akshay Kumar. Waiting for an Amazing adventure of life, that yet to be Come. View more posts

One thought on “Let’s Review: The Nobel Prize in Physics 2020”

This site uses Akismet to reduce spam. Learn how your comment data is processed.

The more you read, the more you discover. But if you read right, you also learn! Do it here, with me because scientific literacy is not just science; it is common sense combined with knowledge.

Fix your finances and let the life begins.

Official Blog of the English Editorial Board

Learn the art of silence so that nothing is left unsaid!!

I speak my heart out.

What are you up to during the lockdown??

Let tears and pain turn u stronger than them !!!🌸

Architecture & everything around it.

Writing can be anything for anyone but for me it's to express the overwhelming feelings I feel that cannot be said .[Disclaimer : everything posted here will be my own work (p.s. work here means everything written and not the images) unless mentioned otherwise. Please do not copy.]

Enjoy life from it's depth.

Girls vs world
Some Humanity Things

Half earth, half sky

Speaking in a hundred silent ways

Book Blogger, Poetry and Fiction Writer. Oh, and I talk about dogs...a lot